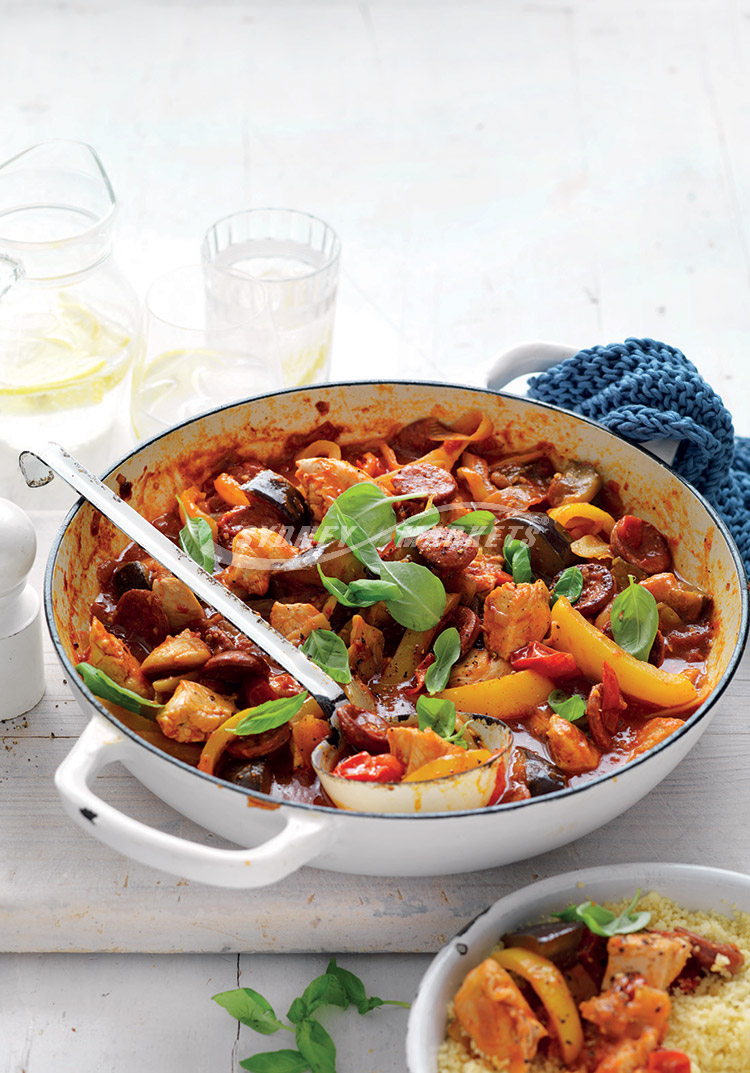 Step 2 Stir in crushed tomatoes. Cover and bring to the boil. Add chicken and cherry tomatoes. Reduce heat, cover and simmer for 12-15 minutes or until chicken is almost cooked through. Uncover and cook for 5 minutes or until sauce has reduced. Season with salt and pepper to taste. Toss through basil leaves. Serve with couscous or rice.

A good source of dietary fibre, which helps the intestine function normally and also vitamin C, a vitamin that contributes to the function of the body’s normal immune system.

Has virtually no fat and few kilojoules so is a useful food for those trying to control weight.

A source of potassium.