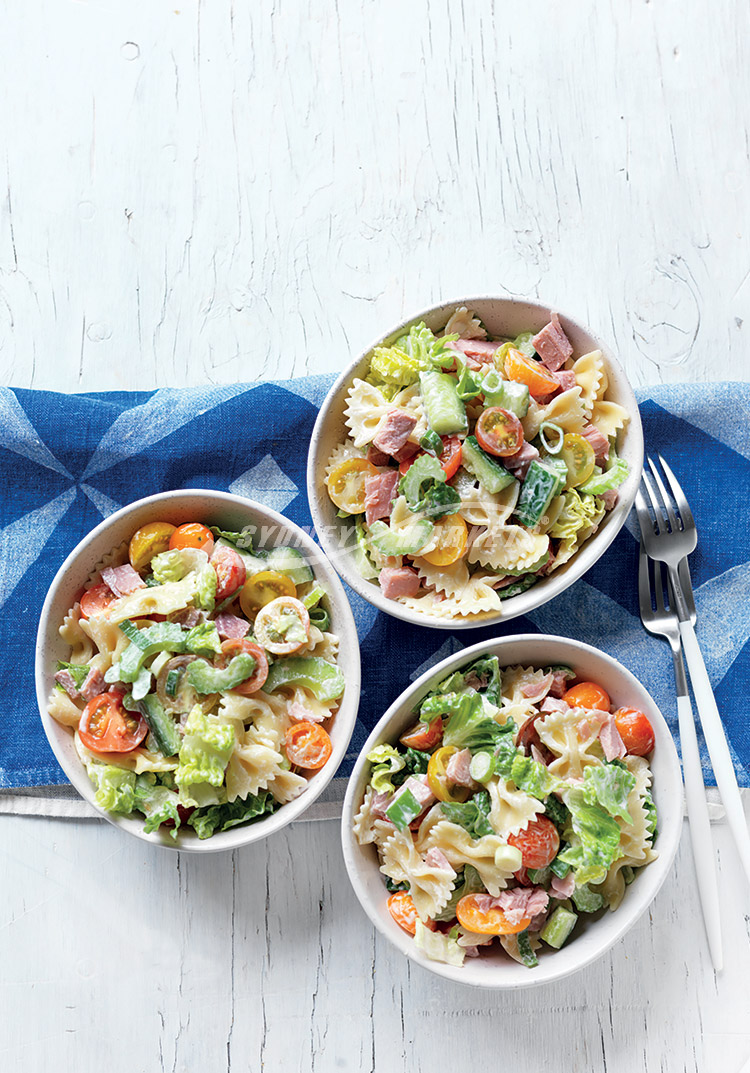 Step 1 Cook pasta in a medium saucepan of boiling water, following packet directions, until just tender. Drain and refresh in cold water. Set aside in a colander to dry.

Step 3 To make the yoghurt mayo dressing, whisk yoghurt, mayonnaise and salt and pepper to taste in a bowl. Drizzle mixture over pasta salad. Gently toss to combine and serve.

Good for you ... Medley Tomatoes 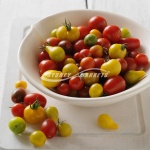 A very good source of vitamin C which contributes to the normal functioning of the body’s immune system.

Provides potassium which may help balance the sodium from salt.

A source of dietary fibre which helps the normal function of the intestine.

Tomatoes are the richest food source of lycopene, a member of the carotenoid family. Research suggests that lycopene may play a role in the normal health of the prostate gland. The redder the tomato, the higher its lycopene content. Rich red tomatoes are also a source of beta carotene which is converted into vitamin A in the body and is needed for vision.