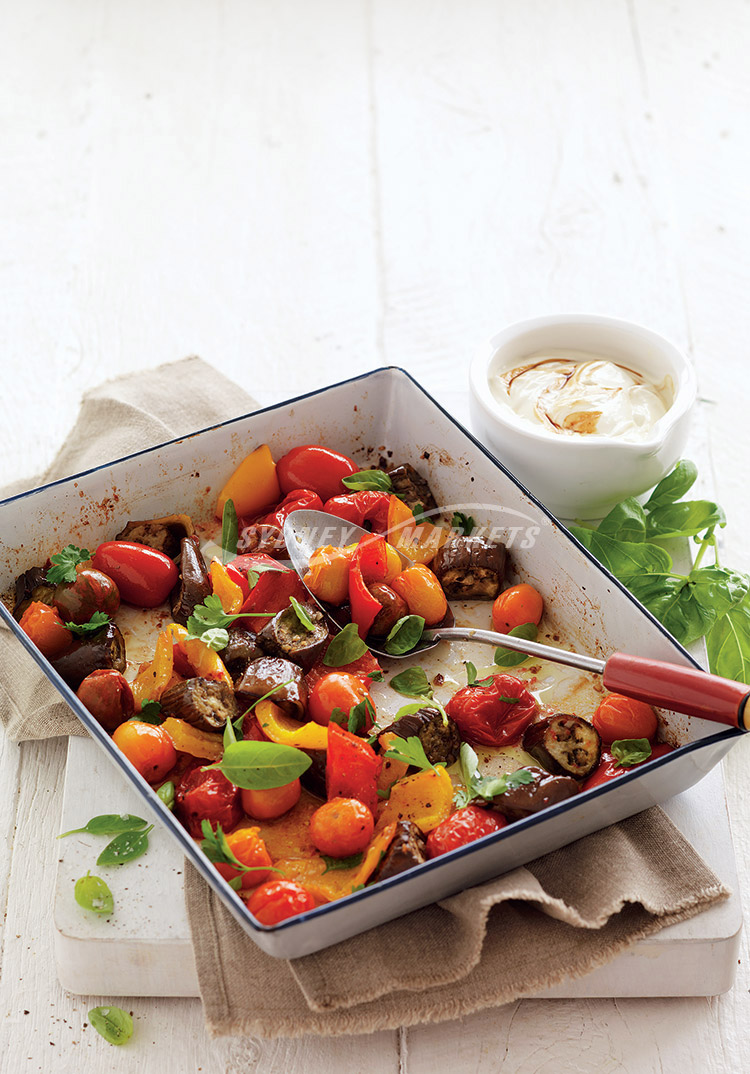 *Pomegranate molasses is a sweet thick syrup used in Middle Eastern cooking – it’s available from delis and some greengrocers.

Step 1 Preheat oven to 220°C/200°C fan-forced. Roughly chop eggplants and capsicums into 4-5cm pieces and place into a large roasting pan. Sprinkle with garlic, drizzle with oil and season with salt and pepper. Gently toss to combine. Roast vegetables, tossing occasionally, for 20 minutes. Toss through tomatoes and roast for a further 10-15 minutes until vegetables are tender. Remove and set aside to cool slightly.

Step 2 Mix yoghurt and tahini in a bowl until well combined. Swirl through pomegranate molasses (if using).

Step 3 Sprinkle vegetables with basil and parsley. Drizzle with extra virgin olive oil and serve with the tahini yoghurt.

Good for you ... Lebanese Eggplant