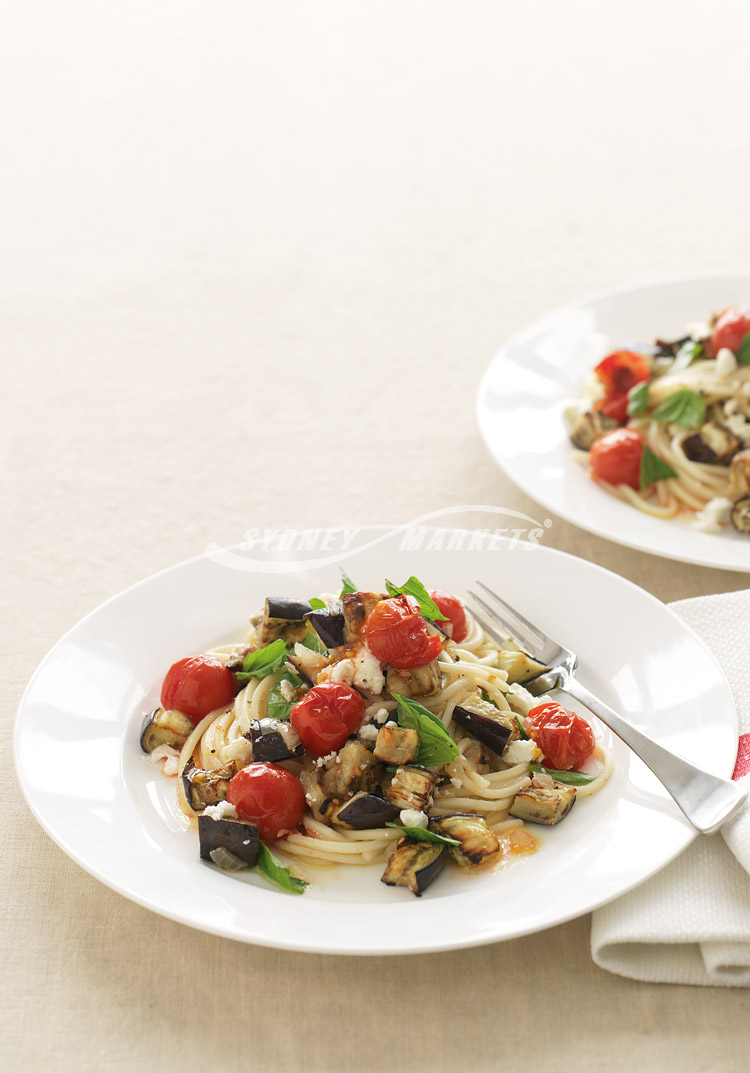 Step 1 Preheat oven to 220°C/200°C fan forced. Combine eggplants, garlic and onion and oil in a bowl. Season with salt and pepper and toss to combine. Place on a large baking tray. Roast for 20 minutes. Add tomatoes and roast for a further 8-10 minutes until tomatoes and eggplant is tender.

Step 3 Add eggplant mixture to spaghetti. Gently toss to combine over low heat. Season with salt and pepper to taste. Toss through basil. Spoon onto serving plates. Sprinkle with feta and toasted pine nuts and serve.