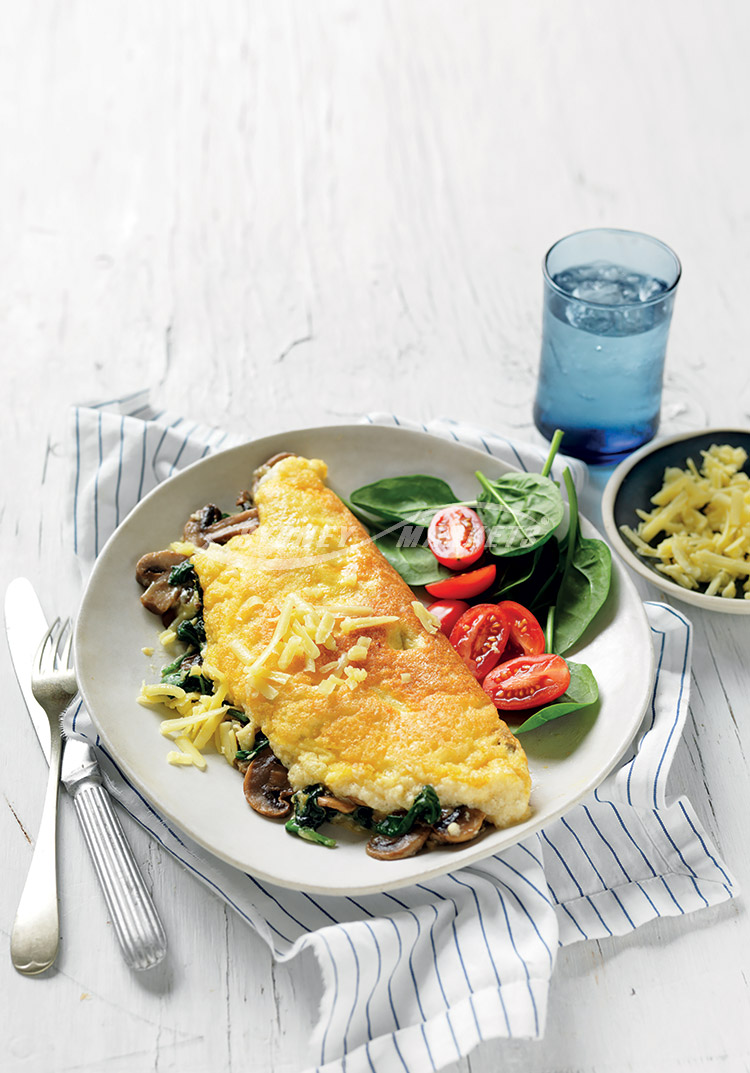 Step 3 Grease the frying pan with oil spray and heat over medium heat. Pour half the egg mixture into the pan. Gently shake the pan so egg mixture evenly covers the base. Cook until base is golden and eggs are almost set. Sprinkle half the omelette with half of the mushroom mixture. Sprinkle with half the cheese. Fold omelette in half and cook until almost set. Transfer to a plate.

Good for you ... Button Mushrooms

Fresh mushrooms differ from vegetables in that they supply mainly B group vitamins rather than contributing vitamin C and carotenoids (which are converted in the body to vitamin A).

A source of selenium, a mineral which contributes to the maintenance of hair and nails and the way the body uses iodine in its production of thyroid hormones.