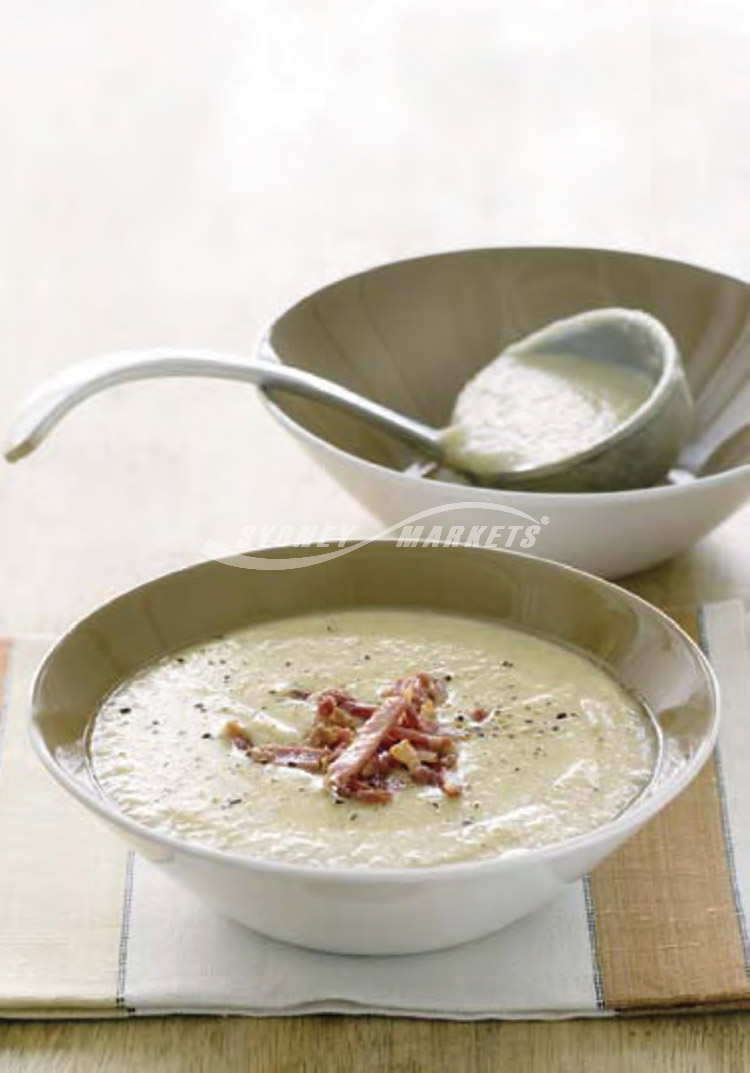 Step 1 Heat oil in a large saucepan over medium heat. Add leeks, celery and bacon and cook, stirring often, for 4-5 minutes or until leeks are tender.

Good for you ... Jerusalem Artichokes

A source of potassium which helps to balance sodium from salty foods Provides vitamin C which helps us absorb iron from foods. A source of dietary fibre, including a soluble fibre called inulin, which may benefit healthy bacteria in the large intestine.