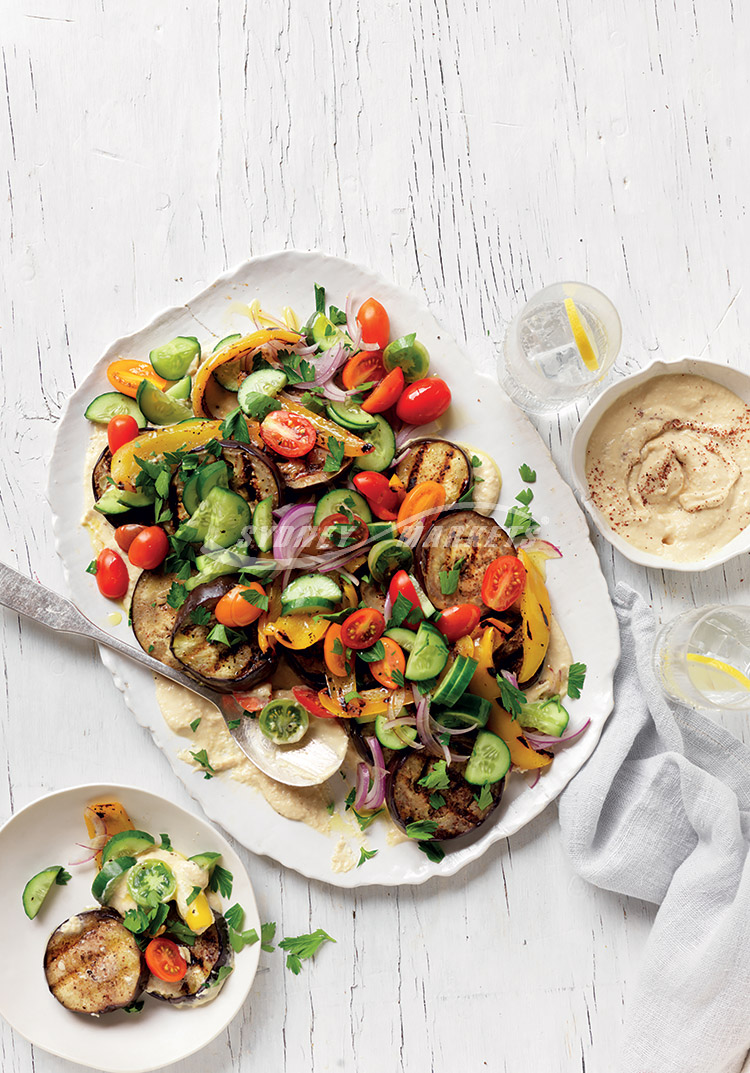 Step 1 Combine oil, sumac and garlic in a small bowl. Brush mixture over eggplants. Heat a large char-grill pan over medium-high heat. Char-grill eggplants and capsicums, in batches, turning often, for 4-5 minutes until golden. Set aside to cool.

Step 2 To make tahini yoghurt, combine all ingredients in a small bowl. Season with salt and pepper. Mix to combine.

Step 3 Smear half of the tahini yoghurt onto a large serving platter. Top with eggplants, capsicum, onion, tomatoes, cucumbers and parsley. Drizzle with extra virgin olive oil. Serve with remaining tahini yoghurt sprinkled with a little extra sumac if liked. 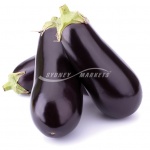